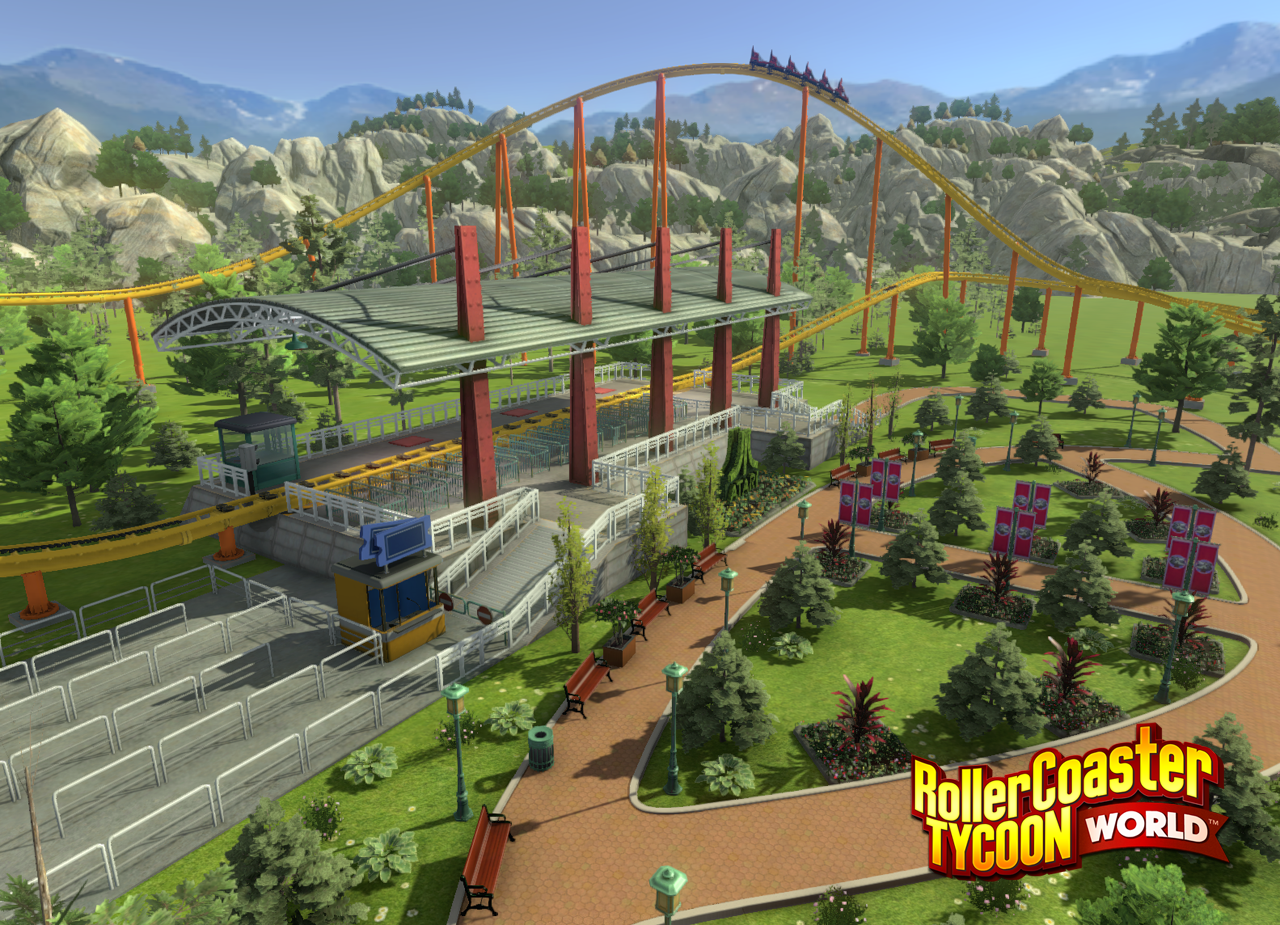 As you have seen in my recent blogs and screenshot reveals, the future is bright and the ride to the finish is clear.

One of the reasons for this is the new developer, Nvizzio Creations, whom we chose to work with a few months ago. They have brought fresh new ideas and expanded on the essentials all while embracing the challenge of making such a historic and giant game as RollerCoaster Tycoon World. Everything we have shown you recently has been the work of this incredibly hard-working and talented team. Nvizzio loves this franchise as much as we all do and wants to make a game they too can enjoy for decades to come.

Until this point (and since blog 6) I wanted to just show you their work before revealing their name, so you could judge them on the merits of their work because, frankly, they deserve it.

Additionally, with this talented and large team, we were able to quickly respond to your feedback to make this game better. You saw this with the significant upgrade of the graphics of the game and you will also see in some of the features we will announce (think UGC at launch!). No stone has been left unturned in an effort to make this the next great RCT game in the franchise.

And with that, I want to reveal a fully in-game, unedited screenshot of RollerCoaster Tycoon World, taken only one day ago. This shot contains a sneak peek of a few things you have been asking about (curved paths!). Many of the pieces in the shot were released over the last few weeks. Today you get to see how Nvizzio has brought them together – before even implementing the many layers of additional polish yet to come.

Today’s just an introduction; you will learn more about the team and have a chance to interact with them in upcoming blogs and social media. We are super excited with the progress being made on RollerCoaster Tycoon World and welcome your continued feedback as we get closer to launching the game! See you on the forums!

For discussion of this blog post please visit our forums by Clicking Here!